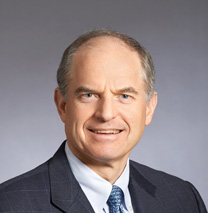 Chairman of the Board of Directors; member of the Investment and Risk Committee

Mr. Boisjoli is Chair of the Board of Directors of BRP since 2019 and President and Chief Executive Officer of BRP since December 2003, when BRP became a standalone company. In October 1998, Mr. Boisjoli was named President of the Snowmobile and Watercraft division, the largest division of Bombardier Recreational Products Inc. In April 2001, he was given the added responsibility of managing the ATV division. Mr. Boisjoli joined Bombardier Recreational Products Inc. in 1989, after eight years in the pharmaceutical and road safety equipment industries. Mr. Boisjoli served on the board of directors of McCain Foods Group Inc. from January 2018 to February 2022. Mr. Boisjoli received a Bachelor of Engineering from the Université de Sherbrooke. In April 2005, Mr. Boisjoli received the prestigious titles of Executive of the Year by Powersports Magazine, the most important powersports magazine in the United States, as Entrepreneur of the Year, Québec, by EY in 2014 and was also named CEO of the year 2017 by the Canadian business newspaper Les Affaires. Mr. Bombardier is a corporate director. For over twenty years, he has served as President for Gestion Charles Bombardier as well as other private Canadian companies. Between 2018 and 2019, he also worked as senior consultant for the International Civil Aviation Organization (ICAO). In addition, since November 2016, Mr. Bombardier is conducting research at the Université de Sherbrooke, where he develops neurofeedback systems applied to new product development. Mr. Bombardier is a Canadian engineer and holds a Bachelor’s and a Master’s of science degrees from the École de Technologie Supérieure and a certificate in board governance from Université Laval. He is a member of the board of directors of Bombardier Inc. 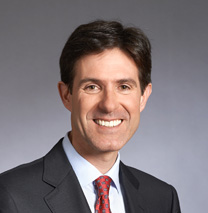 Lead Director and Chair of the Audit Committee Mr. Hernández is a corporate director who has over 40 years of engineering sales, marketing and operations experience in the automotive industry. After starting his career at General Motors (Mexico) in 1980 as a Development Engineer, he worked in several positions including Engineering Manager, Executive Engineer, and Marketing Director. In 2003, he was appointed Vice-President of General Motors de México and Executive Director of Sales, Service and Marketing, where he successfully led the commercial operations of various brands including Chevrolet, Buick, GMC and Cadillac. In 2011, he took the helm as the first Mexican national to be appointed President and Managing Director. He held this role until September 2019 and retired in January 2020. During his tenure, Ernesto M. Hernández managed both the commercial and manufacturing sides of General Motors’ operations in Mexico, Central America and the Caribbean. He sits on the board of directors of Constellation Brands, Inc. and is a member of its Human Resources Committee. He also sits on the board of directors of Dana Incorporated and is a member of its Compensation Committee as well as its Technology and Sustainability Committee. He currently serves in various Chambers of Commerce and Business Councils. Mr. Hernández was an independent director on the board of directors of Grupo KUO, S.A.B. de C.V., DINE, S.A.B. de C.V., and Corporación Zapata, S.A. de C.V. Ms. Kountze has held various senior IT leadership positions across her 25+ years working in the technology field. Since April 2021, she is the Executive Vice-President and Chief Information Officer (CIO) for DentaQuest, LLC, a health insurance company headquartered in Boston, which manages dental benefits for more than 30 million members and provides direct patient care through oral health centers in 6 states in the United States. In this role Ms. Kountze is responsible for all aspect of Information Technology including cyber security and compliance, digital strategy and leading large enterprise-wide technology business programs and projects. Before joining DentaQuest, LLC, Ms. Kountze was Senior Vice-President and Chief Information Officer (CIO) for Eversource Energy, the largest provider of electric, gas and water services in the New England area of the United States, where she held that position for 11 years. Prior to that Ms. Kountze spent 2 years as the Vice-President and CIO for United Illuminating Company, an electric utility company in Connecticut. She is the Chair for the Boston CIO Leadership Council and a member of the Massachusetts Cybersecurity Council, a cybersecurity advisory group for the Governor of Massachusetts. Ms. Kountze serves on the board of The Children's Place Inc. and is a member of its Audit Committee since November 2021. She has won several awards including: 2021 Top Women in Energy, 2021 Diversity Women Elite 100, Most Impactful Black Women in Boston 2021, 2017 CIO of the Year, and 2015 Women Leading Stem Award. Ms. Kountze holds a bachelor’s degree in actuarial Math and Science and a master’s degree in Computer Science. 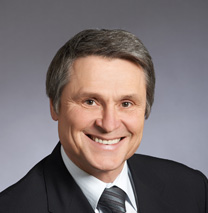 Mr. Laporte is President of GL Capital Inc. since 2019. Mr. Laporte was the Executive Vice-President of Beaudier Inc., a private holding company and a holder of Multiple Voting Shares, from 2004 to 2019. In 2003, Mr. Laporte managed the acquisition of the recreational products business of Bombardier Inc. for Beaudier Group. Prior to 2003, Mr. Laporte was the owner and operator of a number of privately held companies, such as Dudley Inc., one of Canada’s leading lock manufacturers and distributors, and AMT Marine Inc., a manufacturer, subcontractor and supplier of Sea-Doo jet boats, where he contributed to the production and participated in the initial design and engineering of the Sea-Doo jet boat for BRP Inc. Mr. Laporte is and has been a director of several privately-owned companies. Mr. Laporte holds a Bachelor of Accounting Sciences from the Université du Québec à Montréal (UQAM) and a Bachelor of Commerce from McGill University. Mr. Laporte is a chartered professional accountant. Ms. Métayer is the president of EM Strategy Inc. and an adjunct professor at McGill University. She currently serves on the board of directors, sits on the Human Resources and Compensation Committee, the Strategy Committee and chairs the Investment Committee of Audemars Piguet Holding S.A. (Switzerland). She also serves on the board of Ivanhoe Cambridge inc. (Canada) for which she is a member of the Human Resources and Compensation Committee and chairs the Governance and Ethics Committee, the board of Agropur Cooperative (Canada) for which she is a member of the technology committee, the Governance Committee and the Sustainable Development Committee, and the board of Martur Fompak International (Turkey) for which she is a member of the Audit Committee. She serves on the advisory board of Groupe Sélection (Canada) and LifeScore Limited (UK). Prior to that, she served on the boards of directors of Blockstream Corporation (Montreal/Silicon Valley) between 2016 and 2018, Zag Bank (Canada) between 2015 and 2017 and Ubisoft Entertainment SA between 2012 and 2016 where she chaired the Compensation Committee. Prior thereto, Ms. Métayer worked at the ING Bank (Netherlands), Bouygues (France), and in Canada at McKinsey & Company, CAE Inc., and Competia Inc. which she founded and sold in 2004. Ms. Métayer is a certified director of the Institut Français des Administrateurs and attended the High Performing Boards Program at Harvard Business School. She was trained in the Netherlands, where she obtained her MBA and Drs. from the University of Nijenrode. 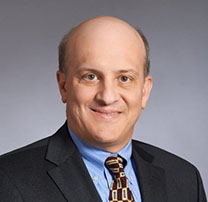 Mr. Nomicos is a Senior Advisor of Nonantum Capital Partners, LLC, a middle market private equity firm that he founded with other executives in 2018. Prior to that, Mr. Nomicos was at Bain Capital Investors, LLC where he worked from 1999 to 2016 as an Operating Partner focused on investments in the manufacturing and consumer product sectors and as a Managing Director of Bain Capital Credit, LP, the credit arm of Bain Capital Investors, LLC. Previously, Mr. Nomicos was a senior corporate development and manufacturing executive at Oak Industries Inc., and he spent several years at Bain & Company, Inc. where he was an engagement manager. Mr. Nomicos serves on the board of directors and is a member of the Audit Committee of Dollarama Inc. He received a Master of Business Administration (MBA) from Harvard Business School and a Bachelor of Science in Engineering from Princeton University. Chair of the Human Resources & Compensation Committee
Chair of the Nominating, Governance and Social Responsibility Committee

Mr. Philip is a corporate director. He served as the Chief Operating Officer of Partners in Health (a non-profit health care organization) from 2013 until 2017. In addition, Mr. Philip was a Special Partner at Highland Consumer Fund (consumer-oriented private equity fund), serving in this role from 2013 until 2017. He served as Managing General Partner at Highland Consumer Fund from 2006 to 2013. Prior thereto, Mr. Philip served as President and Chief Executive Officer of Decision Matrix Group, Inc. (research and consulting firm) from 2004 to 2005. Prior to joining Decision Matrix Group, Inc., he was Senior Vice-President of Terra Networks, S.A. (global Internet company) from 2000 to 2004. In 1995, Mr. Philip joined Lycos, Inc. (an Internet service provider and search company) as one of its founding members. At Lycos, Inc., Mr. Philip held the positions of President, Chief Operating Officer and Chief Financial Officer at different times. Prior to joining Lycos, Inc., Mr. Philip was the Vice-President of Finance for The Walt Disney Company, and prior thereto Mr. Philip spent a number of years in investment banking. He sits on the board of directors of Hasbro, Inc. and on its Compensation Committee, Executive Committee as well as being Chairman of its Nominating, Governance and Social Responsibility Committee. Mr. Philip is also the Non-Executive Chairman of United Airlines Holdings, Inc. and sits on its Audit Committee, and is also Chairman of its Executive Committee and of its Nominating and Governance Committee. In addition, he is on the board of directors and Chairman of the Audit Committee of Blade Air Mobility, Inc., a technology-powered, global air mobility platform. Mr. Philip received a B.S. in Economics and Mathematics from Vanderbilt University and holds a Master of Business Administration from Harvard Business School. Ms. Samardzich is a corporate director. Ms. Samardzich previously held various senior leadership positions across her 26-year career with Ford Motor Company. Before retiring in 2016, she was the Vice-President and Chief Operating Officer of Ford Europe leading a team of over 30,000 employees. In previous years, she served as Vice-President, Product Development; Vice-President, Global Powertrain Engineering and held various roles in powertrain and vehicle engineering within Ford. She has also worked in various engineering roles at Westinghouse Electric Corporation. Ms. Samardzich sits on the board of directors of several companies including Aktiebolaget SKF (Sweden) and chairs the Compensation Committee and is a member of the Audit Committee for Adient plc (Ireland). She has won many awards including CBTNews “Leading Women in Automotive in 2019” and 2016 Automotive News Europe “25 Leading Women in the European Auto Industry”. Ms. Samardzich holds a Bachelor of Science in Mechanical Engineering from the University of Florida, a Master of Science in Mechanical Engineering from Carnegie Mellon University, and a Master of Science in Engineering Management from Wayne State University.